This is just an 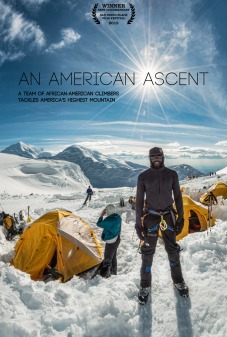 awesome story. An American Ascent is a film about the first all African-American team, consisting of men and women, to climb and successfully summit Denali.

I came across this project a month or two ago when someone at the gym forwarded me the story through Kickstarter and thought it was pretty inspirational. Kickstarter is a place where people can raise money to fund creative projects, from films to apparel. This climbing team wanted to document their story so they used Kickstarter to help fund the cost of filming their climb. Pretty awesome project in my opinion.

I was reminded of the project today when another friend sent me the link to the film’s website. I didn’t realize the film was already complete, let alone starting screenings. I wish it was being screened somewhere near Seattle. If you’re near one of their screenings, you should definitely check it out!

Favorite quote from the trailer:

“This shit is going to be hard and you know it, so as soon as you get that in your head then you’re gonna be alright. You know, just don’t bullshit yourself.”

This is the attitude I’ve been taking while mentally preparing for the climb. It’s good to know it’s a constructive way to approach Denali.

An American Ascent – Film Trailer from Distill Productions on Vimeo.

We Leave for Denali!